A Manufacturing Technology Centre apprentice has won the prestigious Apprentice of the Year Award in LeicestershireLive's 2020 Education Awards. The accolade was awarded in recognition of a consistently outstanding performance and commitment to professional development.

Third-year apprentice Davina Kaur is undertaking her apprenticeship through the Advanced Manufacturing Training Centre in Coventry, while being employed as an automation engineer by RNA Automation of Castle Bromwich Business Park, Birmingham.

Davina, who is 19, has already won the AMTC's Apprentice of the Month award twice and reached the final of both the GTA England Awards and the Ingenuity Skills Awards earlier this year.

She is now rotating throughout departments at RNA to gain first-hand experience and a deeper understanding of the business before starting work on the development of bespoke automation cells. Davina is also a STEM ambassador, promoting careers in engineering for youngsters, particularly women, and is the first female engineer on the shopfloor at RNA.

Davina lives in Stoney Stanton, near Hinckley and is a former pupil of Lutterworth High School. She began her apprenticeship in September 2018 and began employment at RNA last year.

Davina's manager at RNA, Engineering Manager Phil Baker said Davina had exceeded the business's expectations of what an apprentice can achieve, he said:

"We employed Davina because of her passion about engineering, determination to progress and develop natural engineering ability, positive attitude and an eagerness to get involved. We knew she would be a great fit within our team as well as reinvigorating them. Her enthusiasm is infectious. Impressively, she was already working on revenue-generating customer projects within two months of joining us."

Apprentice Programme Manager at the AMTC, Matthew Bastock, said Davina's dedication to her own development was exceptional. He said:

"We are so proud of Davina and it's fantastic to celebrate her many achievements with this well-deserved award. Davina has overcome some significant challenges to excel as one of our most committed and successful apprentices, and has worked hard to exceed her own high expectations."

Now in their sixth year and sponsored by the University of Leicester, the LeicestershireLive Education Awards celebrate the work and achievements of the region's best schools and further education colleges. The virtual award ceremony was hosted by actor and TV presenter Des Coleman. 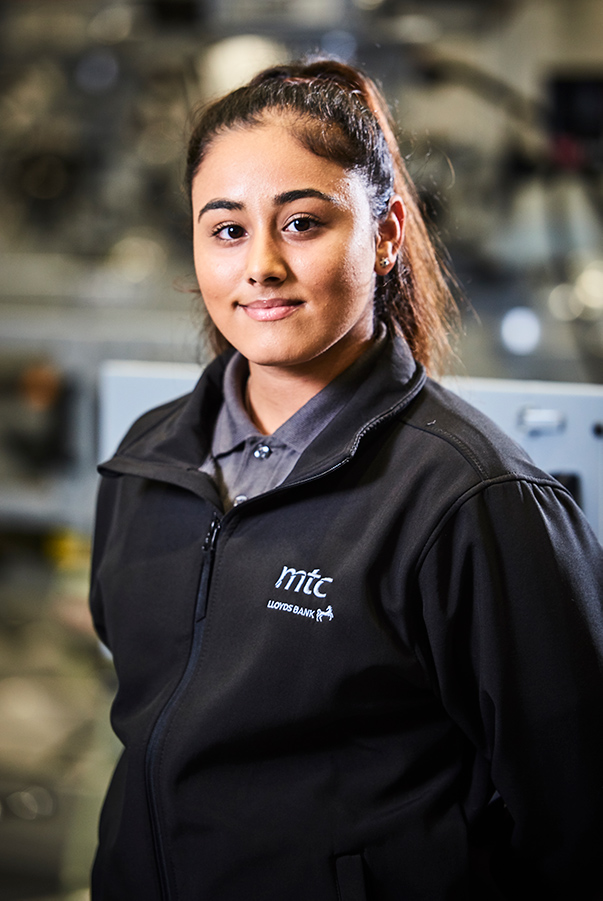