Paralympic paracanoe champion Emma Wiggs MBE has added to her gold medal haul, with the help of experts from the Manufacturing Technology Centre and the National Composites Centre (NCC). In a world first, a team of expert engineers came together, with Emma, to use the latest manufacturing technologies to design and produce the perfect paddle to help propel the nine-time world champion to victory in the new VL2 event, winning her second successive Paralympic gold medal in a record time of 57.028 seconds at Tokyo 2020.

Emma, who lives in Derbyshire, went into the Games as the current Paralympic KL2 200 metre champion after victory in Rio 2016, when the sport made its debut, but was determined to take on a new challenge in Tokyo with the introduction of the new VL2 canoe class, which uses an outrigger canoe with a ‘ama’ that acts as a float support and uses a single blade paddle.

Having taken up paracanoeing after being part of ParalympicsGB’s sitting volleyball team at London 2012, she has excelled, winning multiple British, European and World Championships alongside her Paralympic gold medals. Despite her previous successes, Emma and the British Canoeing coaching team identified the paddle as an element of her equipment that could improve her performance even more. The previous design was not adapted to the ergonomics of paracanoeists and could only be altered by its length with the same basic design of the blade, shaft and handle for all athletes, irrespective of their size, weight or stroke style. 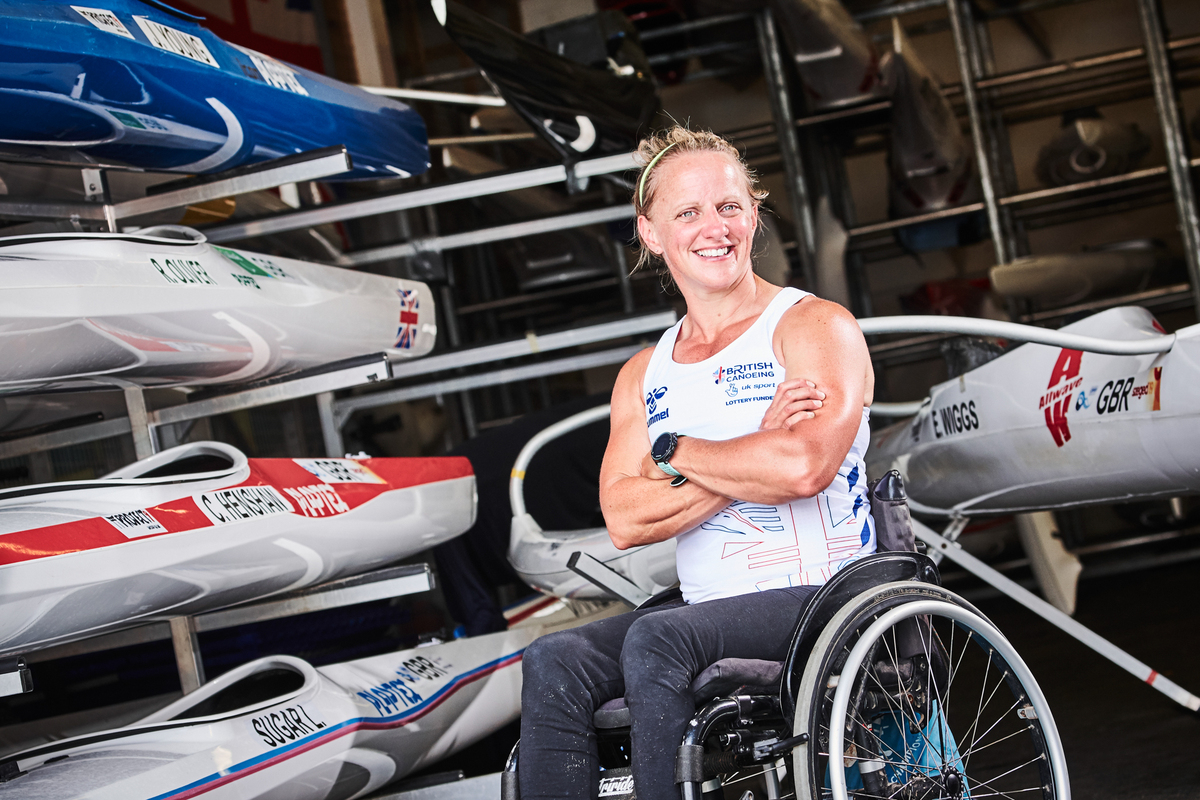 Having begun a relationship with Emma when she spoke to the MTC’s engineering apprentices about overcoming challenges and achieving goals, conversations took place to see how the MTC could support Emma by using its engineering expertise and world-leading engineering facilities and equipment to design and produce a paddle best suited for her abilities in time for the Tokyo 2020 Paralympic Games. With agreement from British Canoeing, the MTC kick started the project, including teaming up with composites specialists at the NCC to begin the challenge of designing and manufacturing a new, for Emma to enable her to generate more strength and power based on the materials of her existing paddle but looking at a new handle design.

The engineers worked with Emma and her coaches at British Canoeing to capture the current equipment dimensions and properties, as well as Emma’s ergonomics and individual technique to generate speed and power through the water. The team developed a fluid simulation model using a digital twin of the old paddle to inform the new design of the carbon fibre paddle developed with the NCC.

The NCC focused on upgrading the carbon fibre body of the paddle, conducting a full review of the existing one used by Emma and digitally simulating it to test if the lay-up materials and design concept chosen would withstand the forces applied in the water. The team then designed a modular multi-part split mould to manufacture paddles with different angles to find the ideal one for Emma. The final paddle that Emma used in Tokyo had a lightweight bespoke handle and a more than 150% stiffer paddle with an improved angle on entry into the water to maximise Emma’s power output. Various options of the paddle handle customised to Emma’s hands were designed using lightweight lattice structures and 3D scanning technology. The handles were then manufactured using high-performance polymer 3D printing in the National Centre for Additive Manufacturing based at the MTC, in partnership with Carbon, the technology manufacturer and member of the MTC.

Emma said, I'm incredibly proud of working with the MTC and the NCC on this project. Races are won on small margins and this demonstrates that the right adaptions to better suit our abilities can make all the difference on race day. I won my gold medal in a Paralympic best time under extreme pressure, but knowing I had the best possible paddle in my hands made a huge difference and massively contributed to me securing the gold medal. 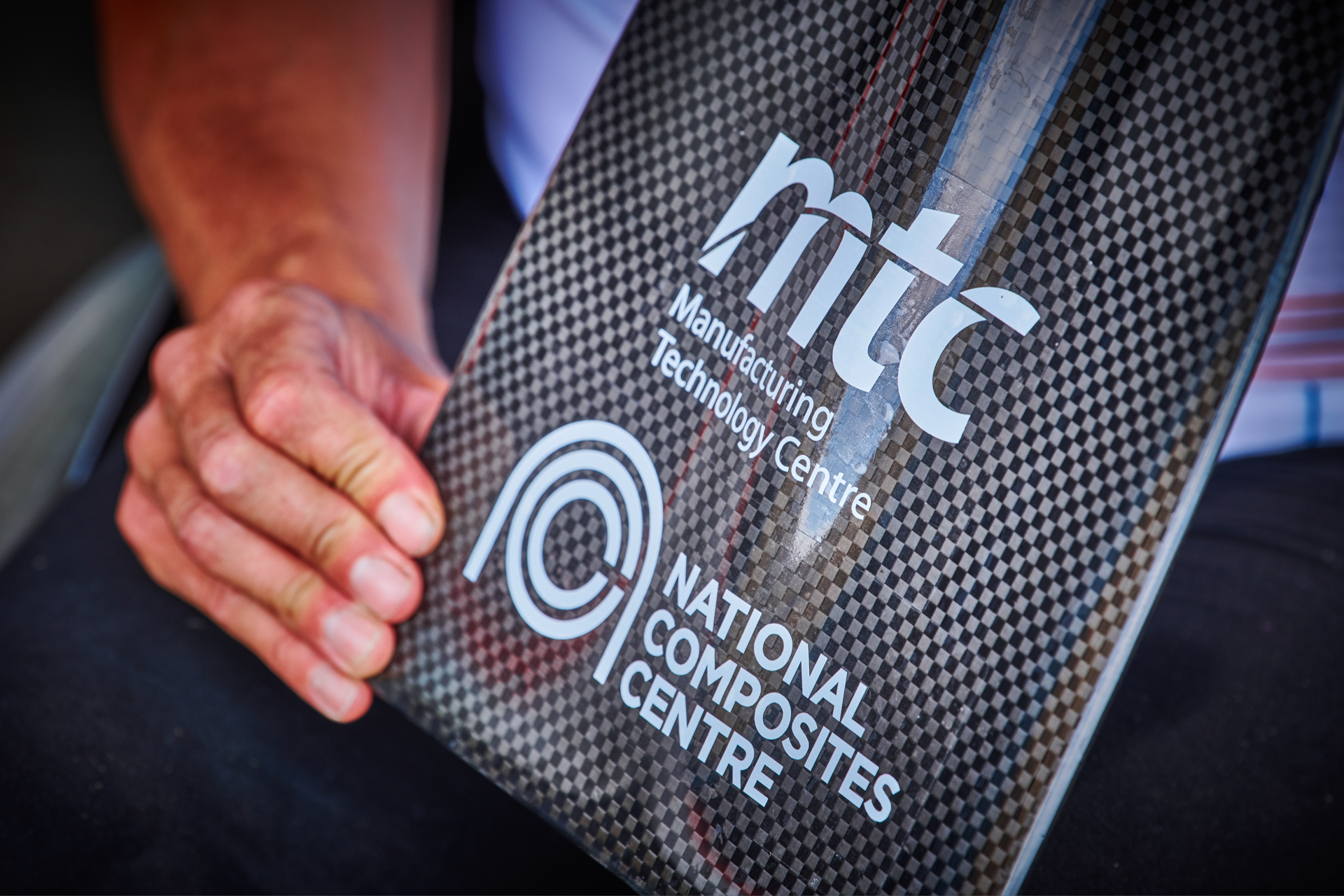 MTC project lead Miguel Fernandez-Vicente said, this has been a great demonstration of how, through technology and ingenuity, we can overcome any challenge. It's been amazing to use our accumulated knowledge to help Emma achieve her objectives, thanks to great teamwork between her, the MTC and the NCC.
Graeme Barnes, Principal Research Engineer at the NCC added, we’re delighted that the combined work of the NCC and MTC has helped Emma achieve her goals at Tokyo 2020. Each centre has its own specialism, and by combining that we can help find solutions to a range of engineering challenges being faced.