Dr Hickman received the award in recognition of his outstanding and sustained achievement in engineering. It was presented at the Academy's AGM in London.

The Academy said that Dr Hickman was awarded the Sir Frank Whittle Medal - named after the inventor of the jet engine - in recognition of his outstanding career in the automobile industry and for leading the set-up and growth of two engineering research centres; the Manufacturing Technology Centre and the Tata Motors European Technical Centre.

Dr Hickman has been chief executive of the Manufacturing Technology Centre for more than 11 years. Previously he had more than 35 years experience in the automotive industry culminating in the position of head of engineering for Tata Motors in India. He led the creation of the world's cheapest mass-produced car, the Tata Nano, which set a new standard for low cost personal transport

He began his career as a senior engineer with the Rover Group before becoming Engineering and Group Operations Director at MIRA. He subsequently joined Ricardo Plc where he held a seat on the board and was Managing Director of Ricardo UK Ltd, leading several significant projects including the development of the Jaguar X Type diesel - the first diesel-powered Jaguar.

Since he became chief executive of the MTC in 2010 the organisation has exceeded its original business goals by a factor of ten and developed innovative manufacturing processes across all sectors in an agile, low-risk environment, in partnership with industry, academia and other institutions.

The Commission, known as M2R, is reviewing the Midlands’ manufacturing landscape post-Covid and contributing to the creation of a wider Midlands manufacturing strategy, developing recommendations to help build the region’s manufacturing resilience and its subsequent economic impact. 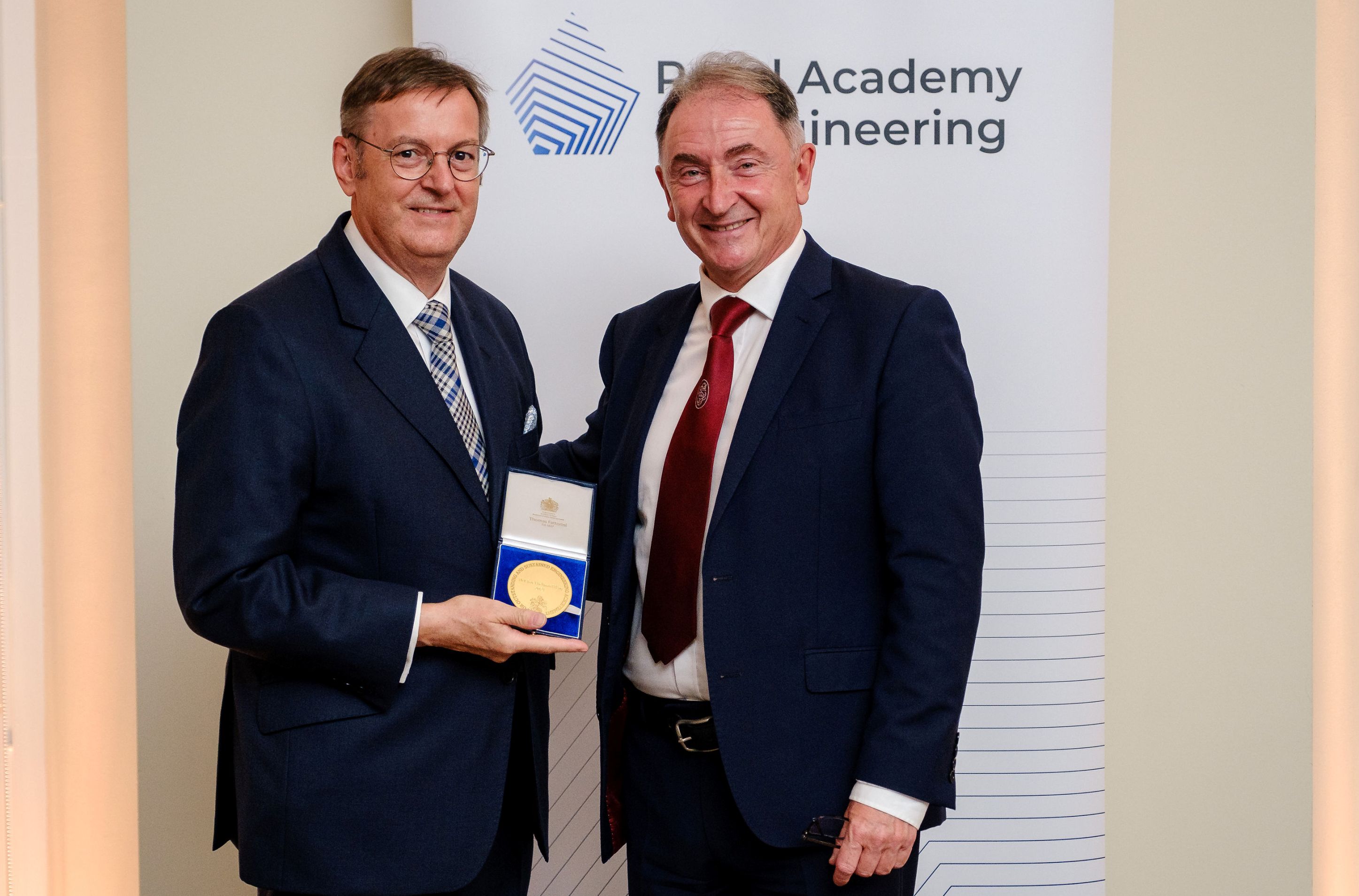 I am honoured to be awarded the Sir Frank Whittle Gold Medal but I could not have achieved anything in my career without the help and support of the great teams that I have been privileged to work with and so I would like to thank all of my colleagues, friends and family for their continued support.